A referendum that would force the Swiss central bank to hold a fifth of its assets in gold could rock foreign exchange markets, analysts have warned.

On the 30th November, voters in Switzerland will head to the polls to decide whether the Swiss National Bank (SNB) should boost its gold holdings and refrain from any further selling of Swiss gold. 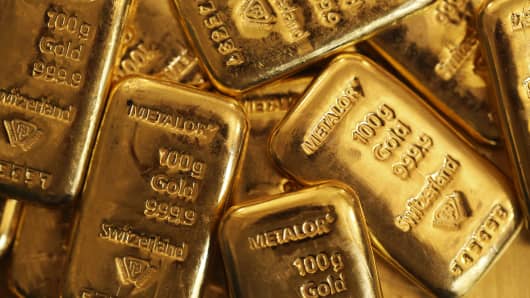 The referendum, proposed by the ultra-conservative Swiss People’s party, will also require the bank to repatriate all Swiss gold holdings currently held outside of Switzerland if passed.

The ban on selling gold would go into effect immediately and the SNB would have five years to reach the 20 percent requirement.

Foreign exchange markets are likely to be most affected by the move. Three years ago the SNB pledged to ensure the country’s competitiveness by keeping the Swiss Franc at a set level at 1.20 francs per euro. Any move to bolster gold holdings could put this “floor” under pressure and will likely trigger further euro weakness – which would make Swiss exports more expensive.

“Investors could use the poll as an excuse to challenge the EUR/CHF floor and the market would then start to speculate on an SNB rate cut to negative interest rates, especially as short-term rates are lower in the euro zone than in Switzerland,” said senior currency strategist at Societe Generale, Sebastien Galy.

Over the five-year period, the SNB would have to sell part of its currency reserves, or theoretically print money to finance the gold purchases, Galy said.

“Currently this amounts to selling $68 billion, mainly by selling euro and dollars, to buy 1,783 tons of gold,” he added.

The central bank has said such measures would be detrimental to Switzerland as it would undermine the independence of the central bank and such large scale purchases of gold would prove very costly.

The latest polls showed 44 percent of respondents were in favour of the vote. Governing board member of the SNB Fritz Zurbruegg said he was taking the measures “extremely seriously” at a conference in Geneva last week.